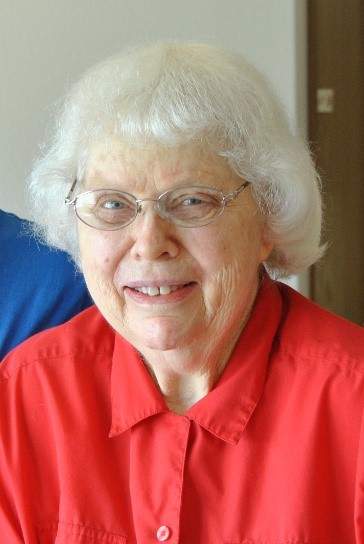 Merle Jessie Winckles, known to all as "Jessie," Jamestown, ND passed away on November 14, 2020, at the age of 90 years at Ave Maria Village in Jamestown.

Jessie was born September 23, 1930 the daughter of Earle and Margaret (Pixley) Scramlin.  A native of Lakeworth, Florida, she was the 8th child out of a family of 12 siblings. Jessie attended Spring Arbor Junior College in Spring Arbor, Michigan and Greenville College in Greenville, Illinois where she graduated with a degree in elementary education. It was at Greenville where she also met her future husband, Harvey. Following their marriage, they settled in Monroe, Michigan where they both took up teaching careers.

Jessie and Harvey were charter members of the Monroe, Michigan Free Methodist Church and they both dedicated their lives to service to God and service to others. They had special interest and concern for people with special needs as their youngest daughter was challenged with numerous disabilities. Jessie cared for Nancy for over 50 years until she was no longer physically able to do so.

Following the passing of Harvey, Jessie and Nancy relocated to Jamestown, North Dakota in order to be near her daughter Linda and her family. Jessie spent most of the last decade of her life as a resident of the Heritage Centre in Jamestown.

Jessie developed dementia and spent her last months in a nursing home, where she was known for her good humor and frequent singing of church hymns such as “It is Well with my Soul.”

She is preceded in death by her husband, Harvey and parents. She is survived by her son Larry (Katie), daughters Linda Piehl (Joel) and Nancy, in addition to four grandchildren and three great-grandchildren.

In lieu of flowers, memorial donations in memory of Jessie can be made to the Monroe Free Methodist Church, 3928 East Dunbar Road, Monroe, Michigan 48161.

A private family service will be held.

Interment will be at the Roselawn Cemetery in Monroe, MI.

To order memorial trees or send flowers to the family in memory of Merle "Jessie" Winckles, please visit our flower store.