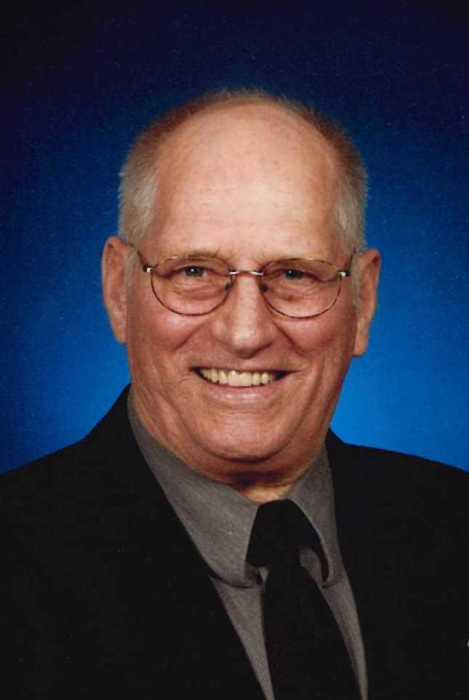 Melvin Peterson was born April 17, 1931 at Crystal Springs, ND in Kidder County the son of Axel Peterson and Anna (Hanson) Peterson.   He received his elementary education in the local rural school and grew to manhood in the vicinity where he helped on many family farms in the Crystal Springs/ Medina area.  The Frank Simmon’s and William ‘Billy’ Schimdt families specifically held a special place in his heart.  He entered the United State Air Force April 22, 1953 at Fargo, ND and was honorably discharged August 22, 1955 at Manhattan Beach, Brooklyn, NY.  After being discharged from the Air Force, he returned to his Uncle Herman’s farm in Crystal Springs.

He and Bernice Mittleider were married by Rev. NE McCoy on March 21, 1956 at Jamestown, ND. They made their home in Jamestown where she was a homemaker.  Melvin worked various jobs, helping farmers, elevator construction, road construction on I-94, truck driving, and was employed by Kidder County for a number of years.  In his later years he worked for Hoven Farms in SD and Anderson & Holzworth Farms in Woodworth.  Upon retiring, Melvin helped his wife with their daycare business; following the death of his wife on December 13, 2005 he continued to reside in Jamestown until he entered Eventide in Jamestown, ND.

He attended St. Paul’s United Methodist Church in Jamestown.  He also was a member of VFW in Jamestown.  Melvin spent much of his time providing for his family.  He enjoyed trapping, watching westerns and completing word find puzzles in his later years.

He was preceded in death by his parents, wife, 1 brother, Kenneth and 2 sisters, Pearl and Helen.

Interment- Fischer Cemetery, North of Tappen, ND (in the spring)

To order memorial trees or send flowers to the family in memory of Melvin Peterson, please visit our flower store.
Send a Sympathy Card