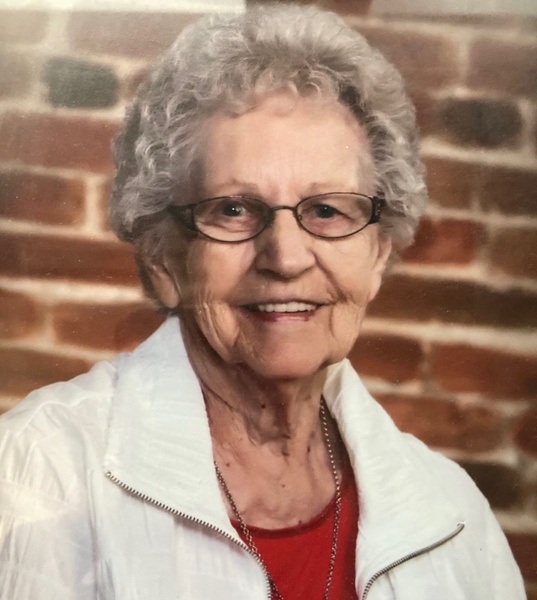 Mary Anne Reszka was born to Stanley and Anna Reszka on September 9, 1923 in Minto, ND.

She attended Minto High School and Aaker’s Business College in Grand Forks.  On January 24, 1946 she married Leo T. Bonaime.  She was a member of the Basilica of St. James in Jamestown, ND.

Mary Anne worked for the Great Northern Railroad in Grand Forks from 1942 to 1946, and later worked for Lockheed Aircraft and North American Rockwell International for 19 years while living in Granada Hills, CA. From 1970 to 1976 she worked for the U.S. Department of the Army at the ABM Missile Site, Nekoma, ND during its construction, as an engineering technician, and later worked for ITT Federal Electric Corp. at the same site until 1984.  She then worked for ITT at the U.S. Naval Air Facility at Midway Island, as an engineering coordinator.  She returned to Leroy, ND in December 1991 when she retired. Leo died on May 20, 1992 and she remained in her home in Leroy until 2005 when she moved to Jamestown, ND. In November 2021 at 98 years of age she finally moved in with her daughter, Michelle and her husband Steve, where she remained until her death.

Funeral services will be held Friday, May 13, 2022 at 2:30 at the Basilica of St. James, Jamestown, ND, Reverend Father Kevin Lorsung officiating.  Burial will be at the St. Joseph Cemetery in Leroy, ND at a later date.

In lieu of flowers. Prayers Please.

Arrangements are by the Haut Funeral Home, Jamestown, ND.

To order memorial trees or send flowers to the family in memory of Mary Anne Bonaime, please visit our flower store.