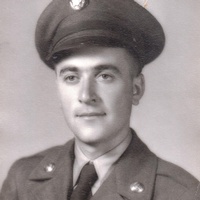 Marvin Kuhn, son of the late Albert Sr. and Emma (Heller) Kuhn, was born on April 28, 1930, at the family farm southwest of Jud, ND. He received his education at Feska No. 4 country school and worked on the farm.

He was inducted into the U.S. Army on February 20, 1952, and took basic training with the 101st Airborne at Camp Breckinridge, KY. After basic training Marvin was shipped to Germany, where he served with the 28th Infantry Division at Heilbronn. He was honorably discharged in February of 1954 with the rank of Private First Class and returned to work on the family farm.

On October 20, 1954, Marvin married Arlys Entzi, daughter of Andrew and Esther (Munsch) Entzi, in Fredonia, ND. The couple lived on the Albert Kuhn farm until 1958 and then moved to their current farmstead twelve miles southeast of Gackle. They retired from farming in 1992.

Marvin was a member of the First United Church of Christ in Gackle and was active in many community organizations, including the American Legion (past commander), Gackle Lions Club, Gackle Co-op Board, Tri-County Elevator Board, Gutschmidt Township Board, Logan County Weed Board, Gackle Wildlife Club, Logan County Social Service Board (20 years), and served as First United Church of Christ Treasurer. Marvin enjoyed bowling, playing pinochle and other card games, and he also cared for many special cats and dogs on the farm over the years.

In lieu of flowers, the family requests memorials to: Ave Maria Village OR