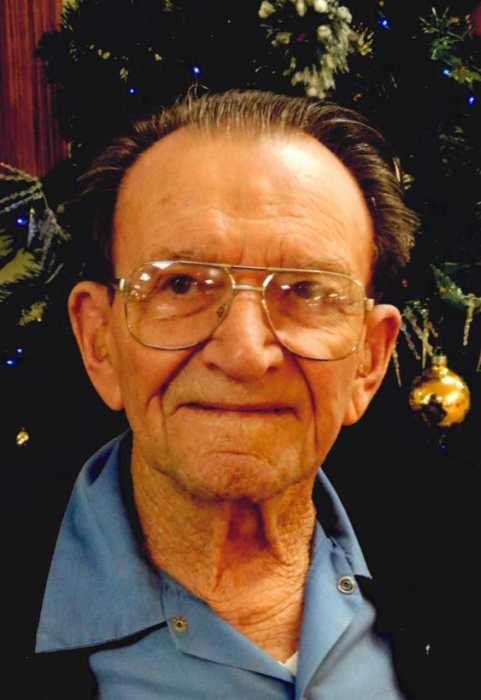 Marvin was born January 19, 1923 at the family home 10 ½ miles south of Medina, ND, the son of Albert and Dorothy (Presler) Donat. He attended the local rural schools in Bloomenfield Twp, Jamestown, Kulm and Streeter.

In 1939 he went into the Civilian Conservation Corp. His parents went back to the homestead south of Medina where he joined them after his discharge from the CCC.

He and Hilda Lehr were married October 20, 1943 at Medina, ND. He entered the US Army December 13, 1944 at Ft. Snelling, MN. He served in the Philippine Islands, Pacific Theater of Operations, working in construction. He was honorably discharged May 18, 1946 at Ft. Lewis, WA with the rank of CPL.

They made their home in Medina where Marvin then spent time working construction in the Medina/Jamestown area and operating a truck line. He worked at the Farmers Union Grain Association from 1960-1964. From 1964- 1968 he managed the elevator in Alfred. He worked from 1969-1971 at the Medina Cheese Co. and worked at various businesses in Jamestown from 1972-1983. He worked road construction helping build I-94 from 1984-1985 and retired in 1985. They moved to Jamestown in September of 2007. In August of 2009 they moved to the Edgewood Vista in Bismarck. Following the death of his wife in 2011 he stayed in Bismarck until 2012 when he moved to the ND Veteran’s Home.

He was a member of the American Legion in Medina. He spent as much time as possible hunting.

Marvin was preceded in death by his parents, his wife, 1 son Lelan, 1 son-in-law, Larry Christmas and 1 sister, Alverta Kapp.

To order memorial trees or send flowers to the family in memory of Marvin Donat, please visit our flower store.
Send a Sympathy Card