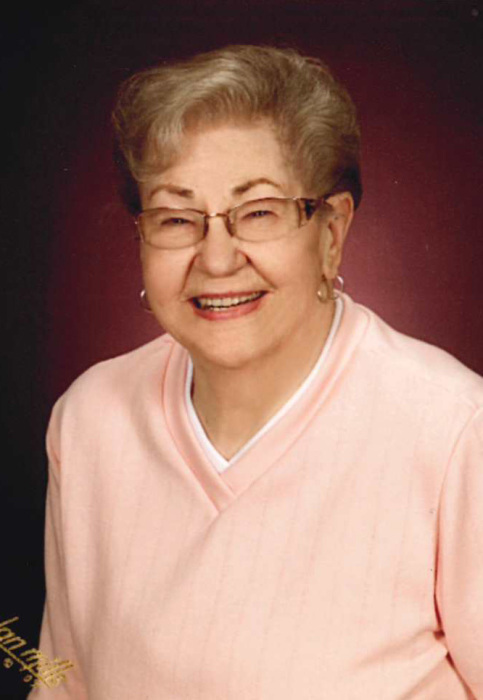 Marion Reeck was born October 28, 1925 at Courtenay, ND the daughter of Oscar Reeck and Anna (Albrecht) Reeck.   She received her elementary education in the local school.

She and Elmer Stampka were married August 17, 1943 at Portland, OR.   She was employed by Harold Nevin Floor Co. as a bookkeeper.  They returned to Jamestown in 1945 and was employed by Sear & Roebuck Co. until 1952.  She then took a position as a bookkeeper at R.E. Meidinger Co.   In 1955 she began employment at the White Drug Co. and in 1969 she was named Director of Personnel of White Drug Enterprises, Inc.    She held this position until retiring in 1979.  Following their retirement, they continued to reside in Jamestown, Elmer died September 2, 2007.

She was a member of the Sacred Heart Catholic Church in Fried later becoming a member of the Basilica of St. James.  Marion enjoyed golfing, crossword and jigsaw puzzles.  She loved to travel, visiting all 50 states and many foreign countries.

She was preceded in death by her husband, parents, stepparents, 1 sister, Dorothy, 2 brothers, Harold and Bernard.

Burial will take place at the Sacred Heart Cemetery at Fried, ND.

To order memorial trees or send flowers to the family in memory of Marion Stampka, please visit our flower store.
Send a Sympathy Card