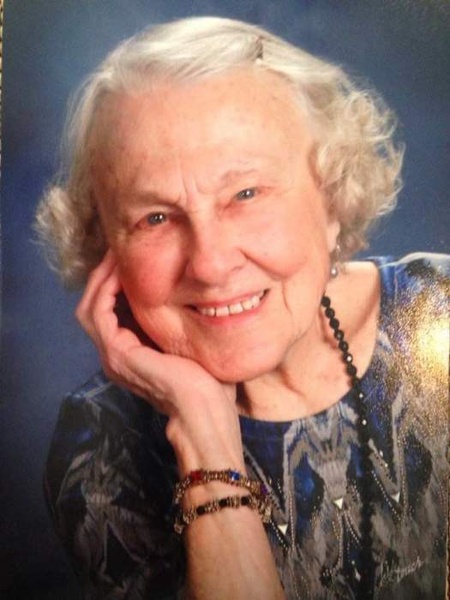 After graduating from Streeter High School in 1944, she taught country school in rural Streeter 1945-1946.Even though she only taught briefly her students still called her teacher well into her 90’s.After teaching school her next adventure was with her brother Walt they were off to California. Lydia stayed with Aunt Lavina (Reister). She got a job at Hales Department Store in Sacramento.

While in California she met Alvin Moos of Ventura, North Dakota. They married February 14, 1949. They lived in Courtland, California about 17 years. During the summer they came back to Streeter area to farm and in the winter back to California where Al was a heavy equipment operator. With this lifestyle they were able to visit many relatives and made many friends. In 1964 they bought a farm and moved to Streeter.

Lydia and Al had two children, Barbara Ann born March 7, 1953 in Sacramento, California and James Allen born August 2, 1958 in Jamestown, North Dakota. Barbara resides in Benson, Arizona and James and his wife Sharon in Cleveland, Ohio: soon to be moving to the Streeter farm.

Lydia has a good life. She often said that she lived her life accordingly. She loved being around her friends and family to eat, visit and play games. There were a lot of cards and Yahtzee played over the years.

Lydia enjoyed being active in church and community. She was active in the Women’s Guild at the Hope United Church of Christ. She taught Sunday school, she belonged to the Homemaker’s Club; she was a band mother and secretary at the Senior Center for many years. (Loved selling those raffle tickets)

Lydia was loved by many and will be m missed by many. We will all miss her kindness, generosity, and laughter.

Peace be with you.

To order memorial trees or send flowers to the family in memory of Lydia Moos, please visit our flower store.