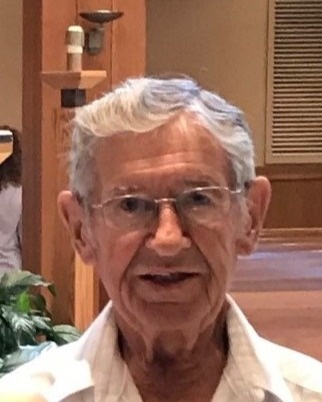 Lloyd was born February 26, 1931 in Timber Lake, SD, the son of Adam and Katie (Stelzer) Schopp In 1932 his family moved to Streeter where he received his elementary education and grew to manhood in the area. In 1946 he began working at the Sewart Body Shop until 1947 when he worked for the Streeter Auto Company until 1952.

He entered the US Army in February of 1952 and served in the 81st Smoke Generator Company, building smoke generators to protect London’s airport in England for 18 months. He was separated January 27, 1954 at Ft. Sheridan with the rank of CPL.

Lloyd and Phyllis George were married June 7, 1952. In 1955 when he returned from the Army, he attended Hanson Body School in Fargo, ND. He worked at Streeter Auto until April 1966. In May of 1966 he and Art Bender started L & A Repair, a general repair shop, until 1990 when Art retired and the business continued under Schopp’s Repair. Following the death of his wife, he continued to live in Streeter.

He was a member of the United Methodist Church, the American Legion for 68 years and served as commander, lifetime member of the Fire Dept. and served as chief for 4 years and was inducted into the ND Fireman’s Hall of Fame, the city council for 8 years, 40-8 Vioture #688, Streeter Lions, Wildlife Club, and the Salt Lake Committee.

He is preceded in death by his parents, both wives, 1 sister, Doris Dockter and 1 granddaughter, Renee.

To order memorial trees or send flowers to the family in memory of Lloyd Schopp, please visit our flower store.