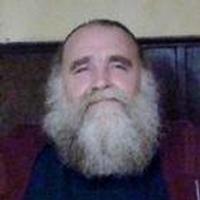 Les was born September 14, 1962 at Jamestown, ND, the son of Billie and Joyce (Kust) Chapin. He attended Jamestown High School graduating in 1980; then went on to go to college at Wahpeton and graduating from there. He worked many jobs in Jamestown before moving to MN and getting a job at Riverside Electronics and has been there for 23 years.

Les enjoyed darts, playing cards with family when he came home. Most of all he loved Karaoke and was very good at it.

He was preceded in death by his mother, Joyce Chapin; grandparents, Grace and Dean Chapin; Hilda and Henry Kust; Step grandparents, Emil and Lillian Schaffer and an aunt, Donna Bauer.

To order memorial trees or send flowers to the family in memory of Leslie "Les" Chapin, please visit our flower store.