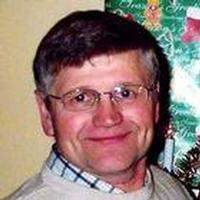 Leroy was born September 29, 1951, at Jamestown, ND, the son of Harry and Margaret (Elliot) Miedema. He attended elementary schools in the Ypsilanti/Montpelier areas and graduated from Montpelier High School in 1969. He graduated from Valley City State College in 1974 with a Bachelor of Science degree in Geography and Environmental Science. He also took flying lessons and received his pilot's license in 1968.

He and Helene Beverly Steigberg were married June 7, 1974, at Sigdal Lutheran Church near Tolna, ND. They made their home in Valley City, rural Marion, and rural Eckleson where he farmed for 20 years. They moved to Jamestown where he worked at Arnold Machinery as a warehouse manager.

He is a member of the Victory Lutheran Brethren in Jamestown. Leroy's happiest moments in life were spent enjoying God's creation. He loved hunting, especially with his sons, and spending time outdoors at the farm. He adored his grandchildren, Charlie and Maggie, and time spent with them meant so much to him, especially as his illness progressed.

He was preceded in death by his parents, and 1 sister Marlene Vondergeest.

To order memorial trees or send flowers to the family in memory of Leroy Harry Miedema, please visit our flower store.