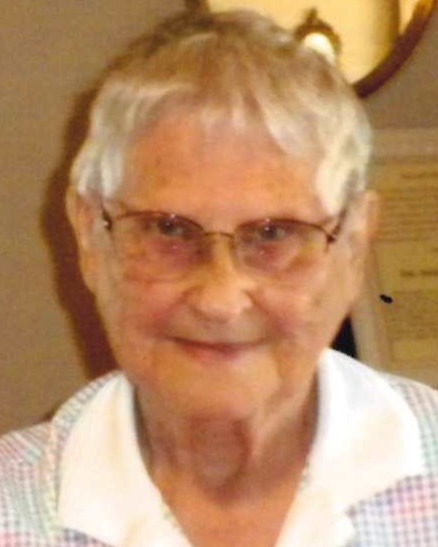 Leona was born June 20, 1929 on the family farm west of Gackle, ND, the daughter of Benjamin and Anna Marie (Schuldheisz) Borth. She attended elementary school at Gackle and in 1937 she moved to Medina with her family. She graduated from Medina High School in 1948.

She and Gerhardt Reuer were married April 23, 1950 at the English Lutheran Church in Medina. From 1950-1951 they lived in Pingree and in 1951 they moved to Medina.  They farmed for many years until retiring and moving to Jamestown. Following the death of her husband February 6, 2020, she continued to reside in Jamestown.

She was a member of Concordia Lutheran Church in Jamestown, ND.

She was preceded in death by her parents; her husband, son Gary in 2015, 3 sisters, Edna Sukut, Violet Speidel, Loretta Wiest, and 2 brothers, Norbert Borth and Harold Borth.

To order memorial trees or send flowers to the family in memory of Leona Reuer, please visit our flower store.