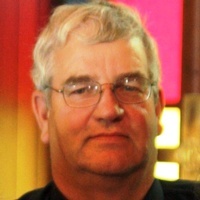 Kevin was born October 2, 1952 at Jamestown, ND the son of Anun and Harriet (Wescom) Beaver. He grew up in Jamestown attending Roosevelt elementary school and graduating from Jamestown High School in 1970.

He and Delphine Mayer were married on December 1, 1971 at Jamestown, ND. Kevin entered the US Marine Corp in Jan. of 1971 at Camp Pendelton, CA and then stationed at Cherry Point, NC in February 1972. He was honorably discharged in July of 1973 with the rank of Lance Corporal. After the Marine Corp they made their home in Jamestown where he worked for the USPS as a letter carrier for 17 years until 1990 when they moved to Binford where he became the Post Master there until he retired in 2008.

Kevin was a member of Trinity Lutheran Church and served as a Deacon. He served as Mayor of Binford for 4 years and also as City Auditor for 2 years. He was a member of the American Legion, DAV and the Eagles Club. Kevin was also a Hunter Safety Instructor for 2 years. He was famous for Grandpa Day Care and helping grandkids with homework. Kevin was very active, being a volunteer for the ambulance and fire dept., Kevin held an Extra Class License in Amateur Radio; his call sign was WB0I, and being an instructor for Morse Code and an examiner for Ham tests. He and Delphine managed the Binford café for a little over a year; he mowed lawns for the city, and was a Deacon at Trinity Lutheran Church; fishing and hunting were also passions of his.

He was preceded in death by his father Anun Beaver, and Step father Wilmer Wahl.