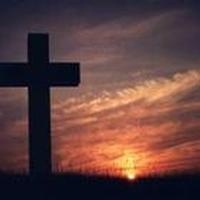 Kermit William Homola was born June 4th, 1937 in rural Gackle, North Dakota to Charles and Esther Homola (Bellikka). Kermit passed away peacefully at his home on July 13th, 2016 at the age of 79 years 1 month and 9 days.

Kermit spent his childhood in Gackle and later moved to Minneapolis Minnesota where he lived with his wife Marilyn during their first few years of marriage. They moved to Battle Ground, Washington in 1967 where the older children were raised and later to Lake Norden, South Dakota where their younger children grew up. After retirement they moved to Gackle, North Dakota before returning to the Battle Ground area where they resided.

Kermit was a lifelong member of the Old Apostolic Lutheran Church.

Kermit worked most of his life as a machinist and had an interest in old farm machinery. Kermit loved little children and any small child would bring a bright smile to his face. One of his greatest joys was to spend time with his children and grandchildren. He would be so happy when they came to visit and when they left would send them off with that same bright smile.

To order memorial trees or send flowers to the family in memory of Kermit Homola, please visit our flower store.