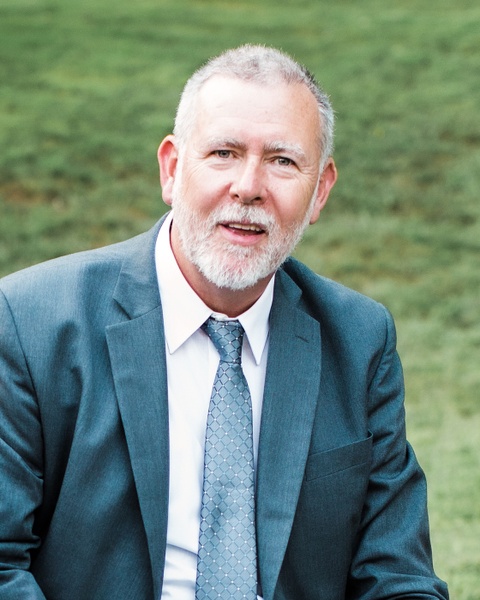 Keith died of natural causes while at home in Streeter, ND with his wife, Denise, to whom he had been married for more than forty years.

Keith was the leader of the Northern Plains Conference of the United Church of Christ, and he found his work there deeply fulfilling. But it was his family that brought him his greatest joy.

He was a beloved father to his three children (and to their three partners) and an absolutely adored husband to Denise, his wife of 42 years, whom he met when they were teenagers. Denise was his best friend in the world, and he was fond of telling anyone within earshot that he’d be lost without her.

When the family moved to North Dakota from Pennsylvania in 1995, they started Plain Good Produce, a family business that saw them erecting a greenhouse on their property and selling tomatoes, strawberries and other produce at the Minot Farmers Market. Keith discovered his green thumb later in life than many, but he was never happier than when he and his family worked together to raise delicious food from the stretch of land they called home. The family also raised farm-to-table chickens that they sold to local families and enjoyed themselves. Keith was a master of chicken noodle soup and when that mastery was combined with fresh chicken, it was a culinary event.

Keith was born on January 7, 1956 in Columbus, OH, the son of Clarence “Boney” and Mary Ann (Maynard) Mills and the big brother to sister Kim. He graduated from Brookhaven High School in 1974 and went on to attend Capital University in Bexley, OH, where he briefly played basketball before being sidelined by a knee injury. He later received his Masters Degree in Divinity from Methodist Theological School in Ohio.

He married Denise Davidson in 1979 and they went on to have three children: Tyler (Debra), Connor (Angelica), and Blair (Matthew). Keith presided as minister at the weddings of both his sons, and he would have performed the role a third time (surely with gusto) at the wedding of his daughter Blair later this year.

Keith was preceded in death by his parents. He is survived by Denise, their children, his sister Kim (John) Parent, his nephew Mark (Aricka), his niece Elizabeth (Alex), and sister-in-law Karen (Bob) Dennis.

Keith was ordained in the UCC in 1985. Before becoming Conference Minister, he had pastored congregations in Lowell, OH, Milton, PA, and in Minot, Granville, Grand Forks, and Manvel, ND. Their farmstead in Streeter, ND was their most rural home together yet, and Keith enjoyed teasing his city-dwelling children. “It’s not for everyone. It’s biblical out here,” he loved to tell anyone unfamiliar with the Great Plains.

Keith loved his work as Conference Minister, not least because it provided him the opportunities and resources to pursue his lifelong commitment to justice for those ostracized or marginalized by our society. He often told his children that he had become a UCC minister precisely so that he might spend his days speaking with those who disagreed with him, and this principle was everywhere in his work, whether he was at the U.S. Capitol meeting with Rep. Ilhan Omar to discuss immigrant rights or at Standing Rock fighting for the rights of indigenous peoples.

Keith saw his role in the Northern Plains conference as one marked by great challenges but even greater potential. David Hartson, a colleague, described Keith as “very big in his dreams and very big in his efforts.”

One recent effort was Keith’s idea of “reconciliation labs,” which he had implemented in several churches before the Covid-19 pandemic interrupted a planned wider rollout. Keith saw these labs as a way to bring people together across lines of great difference, however sensitive or thorny the sources of the disagreement. He was someone who truly believed, in his truest heart, that reconciliation in our country was not only possible but absolutely vital.

He was innovative and energetic in his approach, always eager to push beyond the norms of ecclesiastical or societal conventions. In Grand Forks, he led his church through the process of selling their building to a Muslim group and then rented from them for a year. He later led his congregation to share a space with a Buddhist group on the University of North Dakota campus. Only days before his death, he spoke with a colleague, Edith Guffey, about working with some of his member churches to speak out against a bill being considered in North Dakota that would deny the rights of transgender youth to participate in sporting events under their identifying gender. “He knew exactly who to call,” Guffey said. “He was anxious to be engaged with this.”

Another project to which Keith was passionately devoted at the time of his death was CATCH, a program that would seek to address the challenges faced by rural communities. He hoped that small churches of varied denominations would stabilize and serve their communities by starting local food cooperatives that would ultimately be self-sufficient. He believed that the colonization of local agriculture by private corporations was killing rural America, and likewise that small, collective action would be the way to save it. To skeptics who might counter that a program like CATCH would be too late, he would reply that even if that was true, it did not relieve us of our obligation to try.

Keith believed, above all, that he had a deep obligation to try: to try to help, to try to listen, and to try to leave the world better and kinder than he found it. He stressed to his children that their lives must be in service to these same obligations. His death so much sooner than expected is unspeakably painful to those of us left behind. But Keith would hope that his unjustly brief life had served as a reminder, to all those who loved him, that his absence will not relieve them of their obligation to try.

In lieu of flowers, the family asks that donations be made in his honor to:

A virtual Memorial Service for Keith Mills will take place via Zoom on Sunday, February 14 at 2:00pm CST. To attend, please visit: www.npcucc.org to register.

To order memorial trees or send flowers to the family in memory of Keith Mills, please visit our flower store.