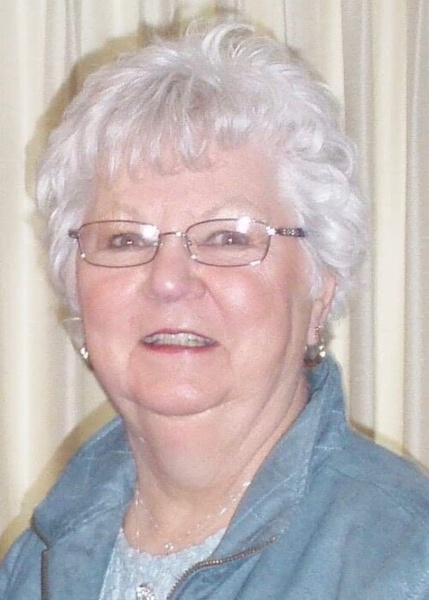 Recitation of the Rosary

Kathleen A. Lewis was born September 12, 1934 at on the family farm near Nortonville, ND in LaMoure Co, the daughter of Paul Lewis and Lucille (Albert) Lewis.  She received her elementary education in the local school and graduated from the Nortonville High School.

Kathleen and Patrick Caulfield were married June 25, 1955 in Jamestown, ND.  They made their home in New Rockford, ND where Kathleen worked in a Clothing Store, Bakery, Floral Shop, Daycare and as a Teachers Aid.  She is best known for the love she gave many children that she brought into her home to care for.  Mom treated every child as if they were her own.

Kathleen and Pat moved to Buchanan in 2017 to live with their daughter, and after failing health and health issues, later entering Ave Maria and Edgewood.  Following the death of her husband on July 27, 2019, she continued to reside at Edgewood in Jamestown until November of 2020 when she moved back in with her daughter and son-in-law where she was truly loved and cared for.  At her daughter’s home, she also had 3 caretakers that gave her the personalized one on one great care that made it possible for Mom to be with her family.

She was a member of St. John’s Catholic Church in New Rockford, ND, served as President of St. Cecelia Circle and was also a lifetime axillary member of the American Legion.

She was preceded in death by her parents, husband, sister Elizabeth and infant sister Shirley.

To order memorial trees or send flowers to the family in memory of Kathleen Caulfield, please visit our flower store.

Recitation of the Rosary