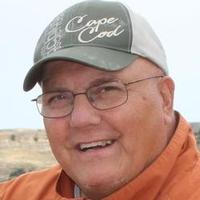 Jerry was born on July 28, 1948 in Grand Forks, ND. His family moved to Superior, Wisconsin, where he graduated from High School and the University of Wisconsin-Superior. He later earned his Master’s degree in Educational Administration from North Dakota State University. He was employed as an Administrator within the state of North Dakota for numerous years.

He and Karen Schultz united in marriage on September 1, 1973 in Mayville, ND. They resided in Fargo where they raised their three daughters.

Jerry was in his element in the outdoors. He loved hunting, fishing, camping, and traveling. His passion for sports was revealed as he coached many students to state titles. Jerry retired at 55, but his love for the game never ran "out" as he continued to umpire.

Jerry embraced anyone he encountered with his gift of gab. He had a huge personality and was happiest around family and friends; his grandchildren were the center of his world.

He is preceded in death by his parents James and Laverne Srur (Broton).