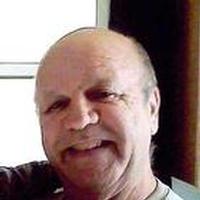 James was born July 17, 1951 at Grafton, ND, the son of Roger and Viola (Omlie) Vorachek. He attended school at Lankin and graduated in 1969. He attended UND for a short time.

James worked for the Motorola Company until going to work at UPS as a truck driver. He retired in 2005 and has continued to reside in Jamestown.

He enjoyed hunting, fishing, golfing, being outdoors and especially spending time with his family.

He was preceded in death by his parents, 2 brothers, Lynn and David and 1 sister,Jane Martin and nephew Travis Vorachek.

The family requests no flowers.

To order memorial trees or send flowers to the family in memory of James B. Vorachek, please visit our flower store.