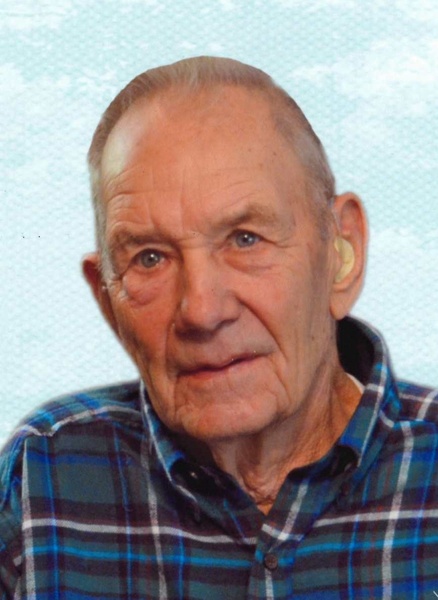 James was born June 30, 1926 at Jamestown, ND, the son of Richard and Wanda (Maluski) Szarkowski. He attended school and graduated from St. John’s Academy in 1943. He helped on the family farm.

He entered the United States Army September 1950 and served until September 1952 during the Korean War. He returned home to continue farming.

He and Yvonne Albrecht were married November 5, 1953 in Wimbledon, ND. They made their home on the farm at Fried until 1959 when they moved to the present farm in Rose Township.

He was preceded in death by his parents, 1 son Steve, 3 brothers, John, Robert and Edward.

To order memorial trees or send flowers to the family in memory of James Szarkowski, please visit our flower store.

The chapel is located at Sunset Memorial Gardens Cemetery. The service will be recorded and uploaded above Thursday afternoon.