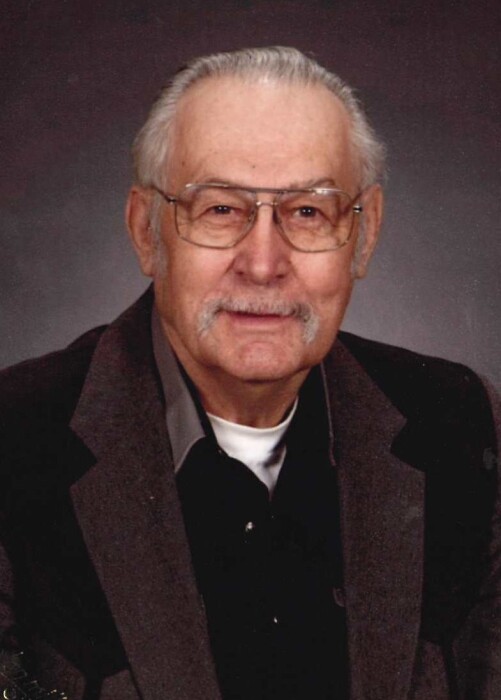 James, (Jim), was born in Glen Ullin, ND on September 9, 1934, to Frank and Catherine (Horner) Schumacher. He passed away at the Sanford Hospital in Fargo, ND, on October 20, 2020. James was the eldest of 16 children. He went to school through the 8th grade, then helped the family by working on the farm.  The family moved to the Chase Lake area, where they continued to farm.

Jim met Leopoldina Mack, and they were married on August 30, 1955, in Lake Williams. They moved to Washington state, where Jim worked for a rancher in the Odessa area. They had 4 children there. Frank (DeeAnn), Linda (Dennis) Michel, Jim Jr. (Deb), and Randy (Missy), all of Jamestown.  Leopoldina passed away September 9, 1983.

Jim was a hard-working, self-taught man.  He was a farmer, rancher, truck driver, welder, and mechanic that could fix anything. He starting working at John Deere in 1967, and continued until retiring in 1996, as service manager. A career highlight of his, was his trip to Saudi Arabia to set up irrigation systems for John Deere.  In retirement, Jim and Esther were able to spend a few winters in Arizona. He was able to take a dream trip to Alaska with his daughter, Linda and her husband Dennis, in 2015. He loved to watch western movies, Gunsmoke episodes, and listen to German accordion polka music on YouTube!  Jim was an avid hunter and loved fishing with his buddies, Rich Hamkens and Jim Madsen.  He was a lifetime member of the Buffalo City Gun Club, NRA, ATA, and trap shooter, inducted into the ND Hall of Honor. Jim won numerous championships. He was still able to shoot 25 out of 25 targets earlier this year. Jim was able to accomplish over 150,000 registered targets in his lifetime.

Jim was a faithful Catholic man his whole life. He will be missed by his family, many friends, and his beloved pup, Portia.

Jim is proceeded in death by his wives, his parents, 2 brothers, 5 sisters, a great granddaughter Chevelle, and step-son Jake Schmidt.

Burial will be at The Calvary Cemetery in Jamestown ND.   Arrangements by Haut Funeral Home, Jamestown, ND

If desired, memorials may be made to a charity of your choosing.

In following the CDC guidelines, we ask that you wear a mask and social distance.

To order memorial trees or send flowers to the family in memory of James Schumacher Sr., please visit our flower store.
Send a Sympathy Card