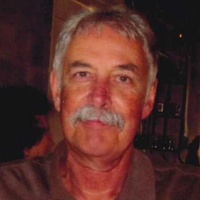 James Alan Schaller, 67, of Jamestown, ND, passed away Monday, February 26, 2018, at Jamestown Regional Medical Center following a courageous battle with cancer. Jim was born November 6, 1950, at Trinity Hospital, Jamestown, the son of Joseph and Phyllis (Markuson) Schaller. He attended St. John’s Academy through the 8th grade transferring to and graduating from Jamestown High School in 1968. Jim attended NDSU, Fargo, for one year prior to joining the US Army completing basic training at Fort Lewis, WA. He served in Vietnam with the 23rd Infantry ‘Americal’ Division in 1970-71. When Jim returned home, he attended ND State School (now College) of Science, Wahpeton, in 1972-74. During High School and after College he was employed by Dakota Bake and Serve, Rolla Home, the Cement Plant and Rittenbach Builders. Jim married Illa Schlager on August 7, 1976. They made their home in Jamestown where both had grown up. In 1977 he became self-employed doing carpentry work until his back and knees could no longer tolerate this type of work. In 2005 he accepted a building maintenance position with Stutsman County retiring in June, 2013. Jim was a lifetime member of the American Legion, VFW and the local and national chapters of HOG (Harley Owners Group.) Jim played in the Men’s Pool League and later the Mixed Couples Pool League for over 40 years with his team receiving many 1st place trophies. He also played on a Men’s Dart League for several years. Jim enjoyed watching sports on TV, golf and football, especially the Eagles, Vikings and NDSU. He was an avid reader especially of history. Jim loved riding his Harley, playing golf and having a beer with friends. He also loved animals, especially his DazeyDog, taking her everywhere with him and also to DazeyDog’s favorite place, the dog park. There she could play with her best friend ‘Mongo’ and all the other dogs. All who knew Jim will miss his smile, sense of humor and quick wit. He loved to make others laugh.

The family requests that no flowers be sent.