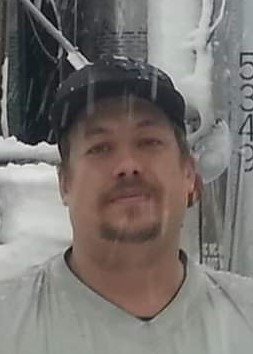 Jacob was born September 12, 1977 at Carmichael, CA, the son of Ronald and Debra (Hopkins) Carlson. He attended school at Hiram Johnson School and later obtained his GED.  He worked in the Sacramento area driving truck.

He and Robin Hehr were married July 26, 2002 at South Lake Tahoe, CA. They made their home in the Sacramento area where he did auto body work and also continued to drive truck. They moved to Jamestown 2016 and continued live here.

He is survived by his wife, Robin, Jamestown, ND; 1 son, James Carlson; mother and step father, Debra and Monty Thomas; 2 half sisters and 1 half brother, Dawn Mewes, Sacramento, CA, Ryan Thomas and Janelle Thomas, both of Oklahoma City, OK.

Jacob was preceded in death by his father, Ron Carlson.

There will be a Celebration of Life for Jacob at a later date.

To order memorial trees or send flowers to the family in memory of Jacob James Carlson, please visit our flower store.
Send a Sympathy Card