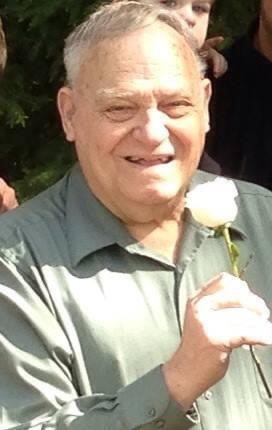 Howard Paul Fruhwirth departed this world to be with the Lord on Wednesday, January 27,

2021, at the age of 79. Howard was diagnosed with dementia and early signs of Alzheimer’s in the

fall of 2014. At the time, the doctors did not believe that Howard would have another year at best,

yet thanks to the unending love and support of his family, and Howard’s strong-willed nature, the

Howard was born at home to Joseph Paul Fruhwirth and Violet Cook on October 3, 1941 in

from a young age - a passion that he carried with him throughout his life. After graduating from

Windsor High School, Howard joined the U.S. Army Paratroopers in 1960. He was stationed in

McFarland. Together they raised their children: Sharon, Howard Jr., and Bobby in Berthoud,

Howard and Sharon moved to Fairbanks, Alaska with their children in June of 1984. He

He never wanted anything but to be surrounded by his children and their spouses, his

grandchildren, Brendy and spouse Michael, Bobby Rae, Tyler, Zachary, and Jordan, as well as his

Among the many great gifts that Howard leaves behind, is his legacy as a true man of God.

Howard prayed for his family, community, city, state and nation fervently, and openly shared his

faith with anyone who had ears to hear. His uncompromising faith led him through the most

challenging times, and he never failed to give glory to God.

Howard is preceded in death by his parents, his wife Sharon, and his siblings John, Gene,

He is survived by his daughters, Sharon and Bobby; son, Howard Jr., along with their

spouses, his five grandchildren, four great-grandsons, and sister, Ruthie McFarland who lives in

Colorado, and other family members who reside throughout the nation.

The family invites you to join them for the celebration of Howard’s life at 6 p.m. on Monday,

To order memorial trees or send flowers to the family in memory of Howard Fruhwirth, please visit our flower store.
Send a Sympathy Card