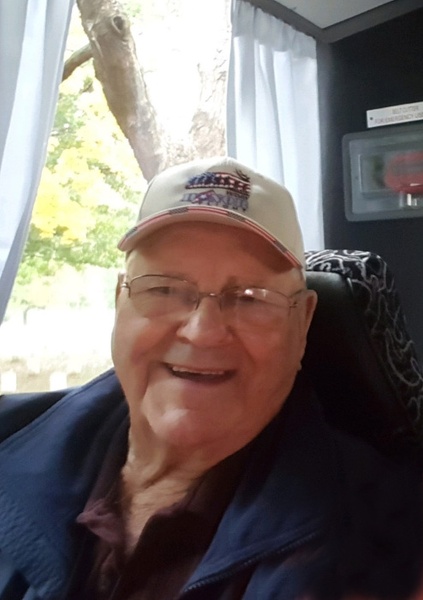 Howard was born March 3, 1927 at Streeter, ND, the son of August M. and Mathilda (Schlenker) Dockter. He attended the local rural school where he received his elementary education.

He entered the US Army October 26, 1950 at Fargo, ND, received his basic training at Camp Polk, LA. He served in Korea and Japan and was discharged September 5, 1952 at Camp McCoy, WI with the rank of CPL.

Howard and LaRaine Otto-Dorr were married August 31, 1961 at Gackle. He worked at Streeter Lumber, Gackle Packing and James Valley Electric. In 1974 they moved to Linton where he joined KEM Electric as a lineman until his retirement in 1989. They moved back to Gackle in 1993 where they have continued to reside.

He was a member of the Emmanuel Lutheran Church, member of the American Legion for 69 years, having served as Commander, President of the Gackle Country Club and the Gackle Fire Dept.  He is also proud to say that he and Herb Muller were ND State Legion doubles champions in bowling in 1971. One of his fondness memories was going on the Honor Flight

He was preceded in death by his parents, 1 grandson, Benjamin, 2 sisters, Vi Remboldt and Ruth Fischer, and 4 brothers, Edwin, Arthur, Adam and Harold.

To order memorial trees or send flowers to the family in memory of Howard Dockter, please visit our flower store.
Send a Sympathy Card