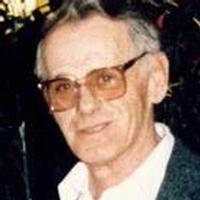 Hilbert was born December 16, 1929 near Gackle, ND, the son of Emil and Dorothea (Rath) Krieger. He attended Gackle Public School and graduated from Gackle High School in 1948, and attended ND Agricultural College in Fargo.

He and Verna Jerke were married June 13, 1949. They made their home on a farm 5 miles North of Gackle where they farmed until 1995. He retired to Jamestown.

He was a member of Fraternal Order of the Eagles.

He was preceded in death by his parents and 2 brothers, Ray and Leroy.

To order memorial trees or send flowers to the family in memory of Hilbert A Krieger, please visit our flower store.