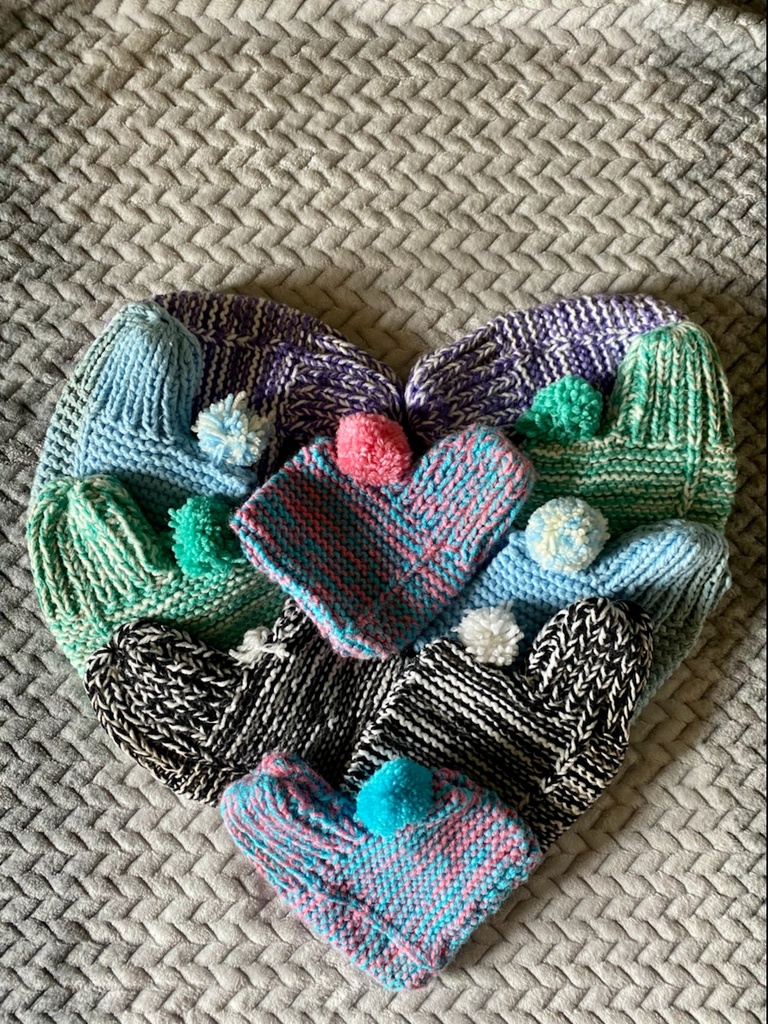 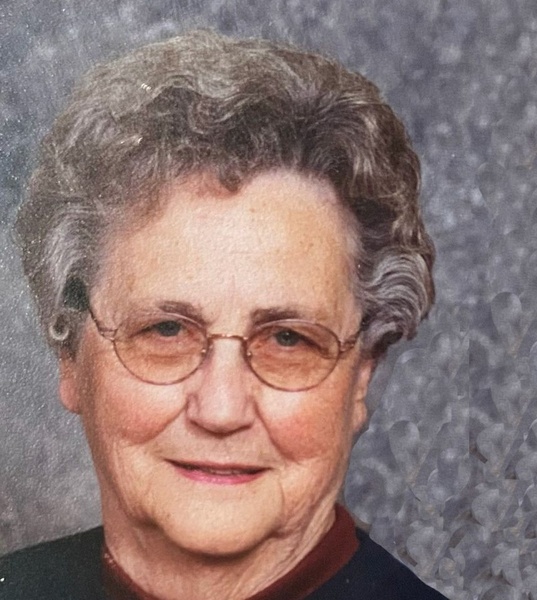 Helen Duden, Jud, ND, died on April 14, 2022, at the age of 91, under the excellent care of Hospice of the Red River Valley and the Manor St. Joseph in Edgeley, ND.

Helen Fay Fode was born on May 24, 1930 on a farm southwest of Alfred, ND, to Bertha (Irion) and John Fode. She joined an older sister, Evelyn Mae, and, later, Elizabeth (Betty), and Ruby joined the family. Helen went to school in Alfred through the 5th grade, and, on the first day of 6th Grade, a new classmate in Jud told her to go into the classroom and find Eddie Duden, because he would help her have a good day. In spite of that prank, Helen and Eddie became friends and then sweethearts. Helen, a varsity letterwinner in basketball, graduated from Jud High School in 1948, and married the love of her life, Edward W. Duden, on September 1, 1948.

As soon as they could, they purchased their own farm five miles north of town. On the farm, they raised chickens (3500 laying hens), grain, cattle, and a family, as their daughter, Sharman, and son, Steve, joined them at this home filled with joy and laughter. When their children were in High School, Eddie and Helen slept on a fold-out couch in the living room so that each of their kids could have a bedroom.

Family and friends were the center of the community they built centered on the farm. Eddie’s brother and sister-in-law, Harlan and Edith, would spend each summer with their three children, making for exciting baseball games, hot dog roasts in the ditch, and tea each evening.

Eddie moved Helen’s “dream house” onto the farm in 1973, and the couple moved into Jud in 1995, where Helen lived until the fall of 2021. Helen and Eddie were active members of Jud United Methodist Church, where Helen served as Sunday School Treasurer and UMW Treasurer for 50+ years. In addition to work on the farm, Helen was an employee of the U.S. Postal Service for 35 years, finishing her career as a night sorter in Jamestown.

Helen will be remembered for her conversation at Morning Coffee, her caramels at Christmas (15-20 batches), her knitted slippers, and her caramel rolls. In the words of her granddaughter, “We have all the ingredients here, but you don’t have to make caramel rolls if you don’t want to.”

With a sudden steep decline in health and memory issues, Helen moved to the Heritage Center in Jamestown for a few months, and then to the Manor St. Joseph in Edgeley. In both homes, she received excellent care, and we thank the staff who went above and beyond to make her comfortable.

Helen was preceded in death by her husband, Eddie, in 2001, and by her sister, Evelyn; sister and brother-in-law, Elizabeth (Donald) Toay (Betty and Bub); by a brother-in-law, Delbert Laffen; by Eddie’s brothers, Clair (Marjorie) Duden; Harlan (Edith) Duden; and Nick Jahn; and an infant great-grandson, Chance Duden.

Her life was a blessing to our family and to her friends and to the entire community of Jud.

Helen will be remembered at Jud United Methodist Church on Saturday, July 9 at 2pm, with lunch following. She will be laid to rest next to Eddie in the Alfred Cemetery in a private service with her family.

Instead of a formal visitation, we invite you to join the family for hot dogs, macaroni salad, beans and chips at the farm on Friday, July 8, from 5-7 pm.

Memorials can be directed to Jud United Methodist Church, Service Dogs for America, or the Manor St. Joseph.

To order memorial trees or send flowers to the family in memory of Helen Duden, please visit our flower store.