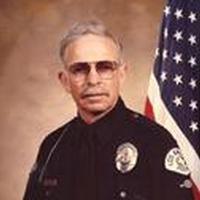 Glenn was born March 23, 1928 at Chicago, IL, the son of Thomas Glenn Irvine and Hazel Marie (Dobbs) Irvine. At an early age he moved with his parents to Independence, MO where he attended school, received his GED and grew to manhood in the area.

He and Mary Wilson were married August 17, 1947 at Tacoma, WA, where he worked for the railroad. They later moved to Los Angeles, CA where he became a LAPD Motorcycle Policeman in 1957. He was proud of the fact that he escorted all the US Presidents from President Kennedy through President Reagan. Following the death of his wife in 1982, he continued to live in Los Angeles.

He and Mary Ellen Wiley were married April 7, 1984 at La Mirada, CA. They made their home there until his retirement in 1985. They traveled the United States until 1990. In April of 1991 they moved to Streeter, ND. In 2015 they moved to LaMoure where they have resided.

He attended the Church of God Seventh-day in Alfred, ND, a member of American Legion in Streeter, and also the Masonic Lodge.

He was preceded in death by his parents, his wife, and 2 sisters.

In lieu of flowers, the family requests memorials to the:

International Fellowship of Christians and Jews