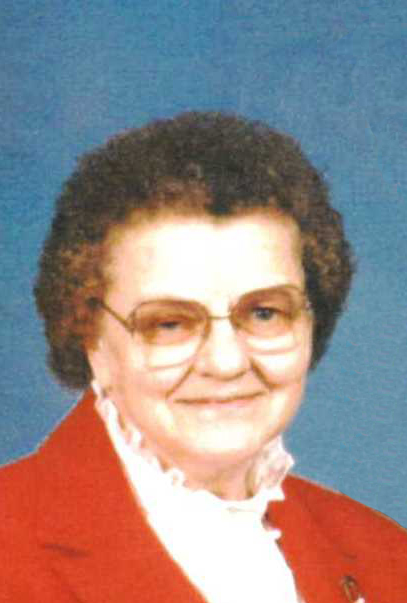 Gladys Viola Bjur, 95, Jamestown, ND went to be with the Lord Monday December 2, 2019 at Eventide of Jamestown.

Gladys was born October 25, 1924 at Kulm, ND, the daughter of John and Sophia (Anderson) Johnson. She grew up and attended school in Kulm. She worked at jobs in Fargo, Minneapolis and Vancouver, WA. In 1944 she moved back to Kulm.

She and Juvelus Bjur were married November 13, 1945 at LaMoure, ND. They made their home near Kulm where they farmed until 1969. They retired and moved to Jamestown/Strawberry Point, IA/Manchester, IA where they became foster parents. In 1979 they returned to Jamestown. Following the death of her husband in 2006, she continued to reside in Eventide.

Gladys was a member of the First Assembly of God Church and served as a Sunday school teacher. She enjoyed babysitting, cooking and baking and enjoyed creating a welcoming home for family and friends

Gladys was preceded in death by her parents, her husband, 5 brothers and 6 sisters.

To order memorial trees or send flowers to the family in memory of Gladys Bjur, please visit our flower store.
Send a Sympathy Card