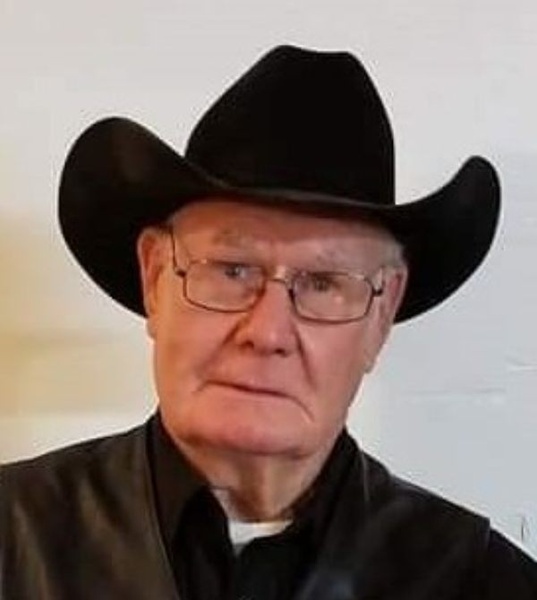 Eugene Mayer, 89, Medina ND passed away peacefully on the same farm that he was born on. Gene was born south of Medina on the family farm the youngest of 7 children to Emil and Elizabeth (Moser) Mayer. Gene went to country school a few miles from the farm until the 5th grade. He then started working on the family farm. When he began farming it was all done with teams of horses. In 1953, when he was 21, he got his first tractor, it was an H. He also took over the dairy from his dad. Throughout his years he had cattle, both dairy and beef, pigs, sheep, horses, and chickens.

At 18, while at a friend’s house, Gene met the love of his life. Two years later, on October 12th, 1953, Ramona Enzminger and Gene Mayer married in Tappen, ND. Pranks were played on the new couple that day, even by Gene’s mother. Gene and Ramona spent the first few years together on the Enzminger farm before moving back to the Mayer family farm where they lived for the rest of Gene’s life. Gene and Ramona brought four girls into the farming world, Julie, Debbie, Becky, and Beverly. They all took to the field and barn just as much as to the kitchen.

Gene was a member of the Emmanuel United Methodist Church in Medina. He was on the Newbury Township board for 50+ years. He has always been an excellent listener and the go to guy and the advice giver. He made friends with everyone; nobody left a stranger. He could always be counted on to help someone in need. He was the community mechanic, welder and vet and being the warm-hearted guy, he cared for even the smallest of animals marking duck nests when mowing hay. He had cattle until 87 and retired from farming at 88. He loved his peaceful life of farming. He enjoyed hunting with his friends over the years and sharing stories.

CLICK HERE to view the recording of the Prayer Service

The recording of the Funeral Service is available below.

To order memorial trees or send flowers to the family in memory of Gene Mayer, please visit our flower store.