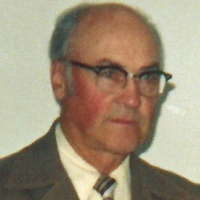 Gene farmed in Buckeye Township. He married Caroline Reiner-Krueger on June 1, 1963 in the Tappen Lutheran Church. With the marriage, Gene inherited the pre-made family of four Krueger children. Gene and Carol had two sons – James and Jason. Gene and Carol lived and farmed in the Tappen area. They went on a conservation tour of Europe, travelling for weeks through England, Germany, France, Holland and Russia.

Gene was preceded in death by his parents, his wife Carol, his brothers Dale and Glen White, his brother-in-law Lyle Dougherty, and his son Jason.

Entombment will follow in the mausoleum at Alamance Memorial Park.