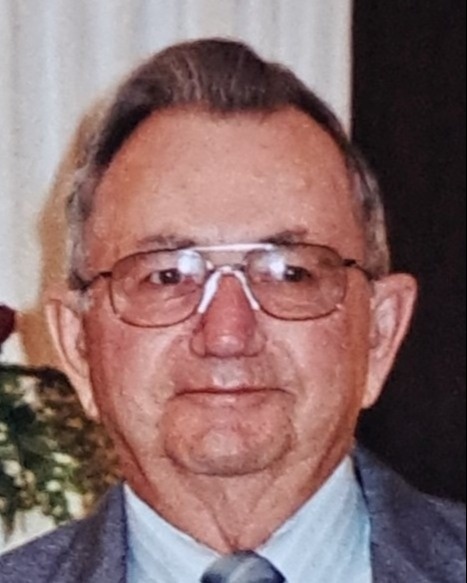 Gene was born June 7, 1937 at Jamestown, ND, the son of Theodore and Agnes (Brophy) Rexine. He attended St. John’s Academy in Jamestown and later received his GED. He worked on area farms, mostly for Angela & Gus Wiese

He made his home in Denver, CO after marrying Marjorie Morton. They to Jamestown, ND and later bought a dairy farm near Robinson, ND. In this period of his life, he had 3 children, and continued to drive truck.

Gene and Lucille Ruff were married April 20, 2004 at Reno, NV and made their home in Lehr, ND where he has continued to reside.

He was preceded in death by his parents and 2 brothers and 2 sisters, Joseph Rexine, Evelyn Remmick, Leroy Rexine, and Lois David.

Recording of the service will be available on the Basilica's Youtube page; https://www.youtube.com/channel/UCbmPDnYqRcJRnTb33DHdPtw

To order memorial trees or send flowers to the family in memory of Eugene T. Rexine, please visit our flower store.