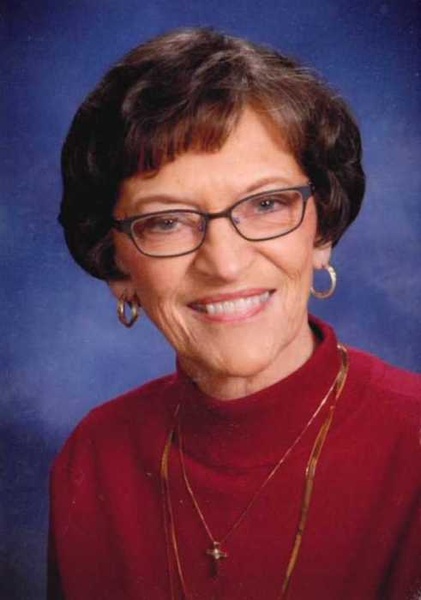 Esther Remmich was born August 21, 1932 at Streeter, ND, the daughter of Carl and Bertha (Adam) Remmich.  She attended school at Streeter and graduated from Streeter High School in 1950.

Esther and William (Bill) Graf were married April 12, 1953, at Streeter, ND.  They made their home on a farm near Streeter where they farmed until 1961.  They moved into Streeter and established Wm. Graf Truck Line which they operated until Bill’s death in 2004.  Esther was an active member of the Streeter community serving as the City Auditor for several years.  She was also active as a member of Hope United Church of Christ involved in Women’s Guild, Sunday school and served on the church council.  Upon closing of the church, she joined St. Luke Lutheran Church where she remained active.

Esther was especially proud of her service in the United States Postal Service.  She began her career as a part-time postal clerk for15 years, and later became the postmaster for the City of Streeter for 16 years.  She was an active member of the postal organization NAPUS (National Association of Postmasters of the United States), serving as Membership Chairman for several years.  She rarely missed a convention at both the state and national levels, traveling to various states with her postal friends.  After her retirement in 2002, she continued to be active in the retiree group and served as the Secretary/Treasurer.   She received the Outstanding Postmaster of the Year Award in 2017 from the NAPUS organization.

While all of these activities filled her life, and gave her joy, she cherished her family and friends the most.  Her grandson and wife Jessie were dear to her and an especially bright light in her life .  Her grand-nephew, Cody, was very special having spent many hours with her and Bill growing up in Streeter.  She was very proud of her daughters, supporting them and their son-in-laws over the years.  Her niece, Nettie Schuler, and husband Sarge were an endless support over the years, especially after Bill’s passing and during her time in Fargo.  Relationships with her many nieces and nephews meant a great deal to her and she made every effort to kept in touch.

Esther easily made friends wherever she went through her warmth and charm.  She will be greatly missed by all who knew her and will live on in our hearts.

Esther is preceded in death by her parents, her husband in 2004 and two daughters, Claudette in infancy and Geraldine in 1999, 2 brothers, Alvin and Helmuth and 3 sisters, Annetta, Irene and Ida; 1 half-sister Elfieda.

All memorials will go the Streeter City Cemetery or St. Luke Lutheran Church.  They may be sent to Claudine Anderson, 17641 Kettering Trail, Lakeville, MN  55044.

To order memorial trees or send flowers to the family in memory of Esther Graf, please visit our flower store.
Send a Sympathy Card