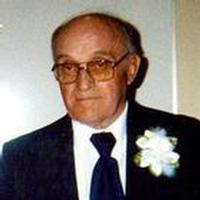 Ervin was born May 1, 1928 at Fredonia, ND, the son of Rudolph and Mathilda (Mayer) Labrensz. He attended the local rural school where he received his elementary education and grew to manhood in the area.

He was preceded in death by his parents, 1 sister Violet and 1 brother, Clifford.

To order memorial trees or send flowers to the family in memory of Ervin Labrensz, please visit our flower store.