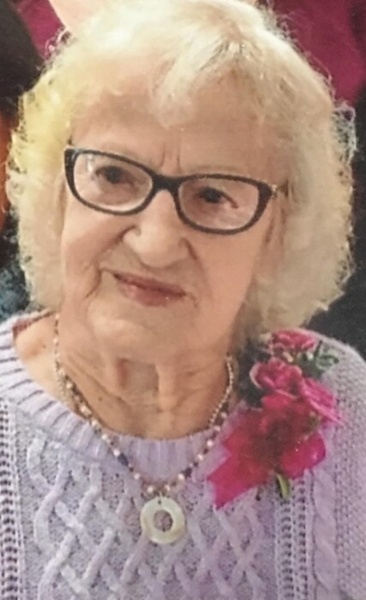 Eleanor was born October 6, 1928 at Stevens Point, WI, the daughter of Nicholas and Justine (Flees) Yack. She received her elementary education at Stevens Point. At the age of 15 she moved to Chicago and attended Washburn Trade School to learn sewing. She then went to work for Industrial Condenser Inc.

She and Seselus Bjur were married June 4, 1949 at Chicago. They moved back to Merricourt, ND where they farmed. In 1969 she moved back to Chicago and worked as a private duty nurse.

Eleanor and Harold Klug were married in 1971 at Chicago and made their home there. Harold passed away in 1979. She moved back to Jamestown in 1980 where she worked as a CNA at Bethel 4 Acres and part time as a waitress at the Vet’s Club. She retired in 2008 but kept very busy.

She was a member of the Assembly of God Church in Kulm and the New Life Church in Jamestown.

Eleanor was preceded in death by her parents, husbands, 1 great granddaughter, 5 brothers and 3 sisters.

To order memorial trees or send flowers to the family in memory of Eleanor Klug, please visit our flower store.