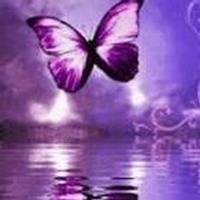 Eileen Babcock was born October 29, 1939 at Jamestown, ND, the daughter of Clarence Babcock and Pauline (Seher) Babcock. She received her education at Jamestown schools and graduated from Jamestown High School in 1957.

She and Fred Domek were married April 13, 1958 at Montpelier, ND. They farmed near Montpelier for a short time. They moved to Jamestown where she was a ward clerk at the ND State Hospital for 20 plus years. They retired in 1999 and moved to Detroit Lakes, MN. After the death of her husband in 2004, she continued to reside there.

She was preceded in death by her parents, husband, 1 beloved son, Terry Allen Domek.

Graveside Service for both Fred and Eileen will be at 1:00 PM Friday October 30, 2015 at the Highland Home Cemetery in Jamestown, ND with Pastor Bryce Tahran, officiating.

To order memorial trees or send flowers to the family in memory of Eileen Domek, please visit our flower store.
Send a Sympathy Card