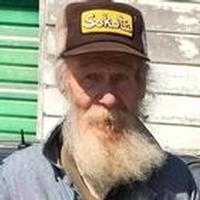 Edwin Leon Mayer was born July 13, 1922 at Streeter, ND, the son of Emil Mayer and Elizabeth (Moser) Mayer. He received is elementary education in the local school and grew to manhood in the vicinity where he helped on the family farm.

He and Doris Dewald were married November 1, 1952 at Jamestown, ND. They made their home on the family farm NW of Streeter, ND. Following the death of his wife November 17, 2011 he continued to reside on the farm where he had been farming since 1941. Recently, he moved into Eventide for a short time and then the North Dakota State Hospital.

He was a member of the united Methodist Church in Medina. He enjoyed hunting, fishing with his neighbors.

He was preceded in death by his parents, his wife, 2 sisters, Clara Ranta and Lorraine Ruff, and 2 brothers Wilbert and Paul.