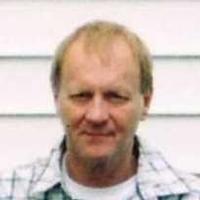 DuWayne Henne was born May 8, 1950 at Jamestown, ND the son of Clarence Henne and Joyce (Nitschke) Henne. He received his elementary education in Alfred and graduated from the Gackle High School in 1969; following which he spent two years at NDSCS.

He and Doreen (Lelm) were married December 27, 1971 at Wahpeton, ND. He worked for as a welder at RO Banks. In 1973 he went to work with Clarence at the Henne Implement in Gackle, ND. He also worked as a janitor at Gackle Public School, and the Highway departments in first Gackle then Jamestown. He retired due to illness and moved to Breckenridge where he has resided.