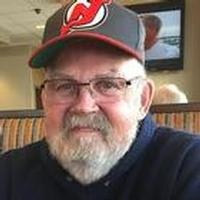 Duane Brophy was born June 3, 1942 at Edgemont, SD, the son of Francis R. Brophy and Opra (Solseth) Brophy. At an early age he moved with his parents to Jamestown where he received his elementary education.

Duane entered the United State Marine Corp August 24, 1961 at Minneapolis, MN. He was discharged June 6, 1967 with the Rank of Lance Corporal. He went to Marshall Islands where he worked security until 1971 when he went to Park River. In 1973 he returned to Jamestown.

He and Janice Reister where married October 4, 1974 at Jamestown, ND. They made their home in Jamestown where he worked for Western Gear and then Goodrich. He retired in 2001. He then worked for the James River Humane Society for about 10 years.

He was a member of the Basilica of St. James in Jamestown and the American Legion.

He was preceded in death by his parents and one sister Barbara.