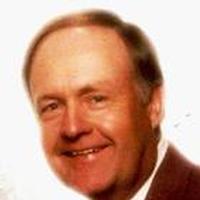 John Snyder was born September 11, 1933 in Langford, SD, the son of Russell Snyder and Marion (Miles) Snyder. He graduated from the Langford High School. He lettered in baseball, basketball, football and track. He declined a full basketball scholarship at Northern State College to enlist in the United States Navy on August 28th 1951. He served at the US Naval Hospital in San Diego, CA from 1952-53, USS Consolation (Hospital Ship) Korea 1953, 1953-54 served US hospital at Naval Air Station in Guam. He was honorably discharged June 1954 with the rank of Hospital Corpsmen.

He attended the University of South Dakota for 4 years and then went on to Northwestern Chiropractic College in Minneapolis, MN where he received a Chiropractic Degree in June of 1959. He started his Practice in Carrington, ND and then relocated to Jamestown and continued practicing for 45 years. He practiced Chiropractic and Acupuncture and was dedicated to natural medicine until his retirement in 2005. He was also on the board of Chiropractic Examiners for 10 years. He was a member of the Masonic Lodge in Langford, SD 1955, the Shrine Temple in Bismarck, ND 1968, Chapter Council Commandry (York Rite) Jamestown, ND, 1967.

He was a dedicated and loving father and husband. He always spent time with his family sharing fun and laughter. His family was always his first priority.

He enjoyed his time as little league baseball commissioner and coach from 1964-1969. He enjoyed golfing, hunting and watching professional sports. He also enjoyed reading Louis L'Amour books (read every published book in the library).

He and Janice Beaman were married March 17, 1956. From this union came 4 children. He then married Mary Farness in June of 1976 at Bismarck, ND. They made their home in Jamestown. John recently entered Ave Maria Village.

He was preceded in death by his parents and his son, Robin.

To order memorial trees or send flowers to the family in memory of Dr. John Snyder, please visit our flower store.
Send a Sympathy Card