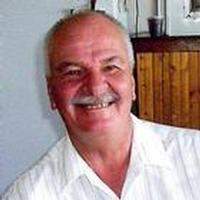 Douglas Theodore Nagel was born July 9, 1945 at Lehr, North Dakota the son of Theodore Nagel and Viola (Kautz) Nagel. He received his elementary education in the local school and grew to manhood in the vicinity where he worked for local farmers.

In the early 70's he moved to Jamestown and worked for the Eldridge Elevator in Eldridge, ND for a number of years. He also helped local farmers.

He enjoyed spending time with his many friends and also his hobbies which included fishing and being at the casino.

He was preceded in death by his parents, 1 brother, Harry, 1 sister-in-law, Stella Nagel and 1 brother-in-law, Walter Diede.

To order memorial trees or send flowers to the family in memory of Douglas Nagel, please visit our flower store.