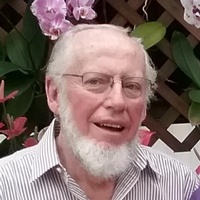 Don was born May 14, 1944 at Orient, IA, the son of Charley and Olive (Rogers) McIlravy. He attended school at Orient and graduated from Orient/Macksburg High School in 1962. He then attended Creston Community College where he received his Associate Degree in Business. He later attended NW Missouri State College at Maryville, MO.

Don entered the US Air Force October 19, 1965 at Omaha, NE. He served as Fuel Specialist at Minot Air Force Base and was discharged October 17, 1969 with the rank of SGT.

He and Carol Clayton were married November 19, 1967 at Creston, IA and made their home in Minot. While serving in the air force, he worked for Sullivan Floral in Minot and continued to work there until moving to Jamestown in 1972 when they started Don’s House of Flowers. In 1991 they started Don’s Garden Center. In 2010 they sold Don’s House of Flowers and in 2015 they retired and have continued to reside in Jamestown.

He was a member of the First United Methodist Church, the Kiwanis, and the Masonic Lodge.

He was preceded in death by his parents and 3 brothers, Jim, Gerald and Dean.