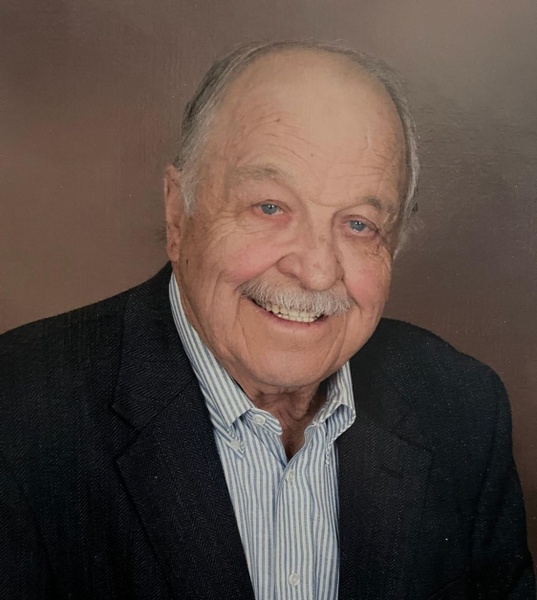 Donald Hauck, 84, Fargo, died December 18, 2021, at Sanford Health, Fargo, ND. Private burial will be at St. Luke’s Lutheran Church Cemetery in Wishek. A celebration of life service will be held in the Spring of 2022.

Donald Adam Hauck, son of Adam and Rosina (Lehr) Hauck was born on August 15, 1937, at Wishek, ND. He grew up on the family farm and attended Morningside rural grade school. In high school he lettered in football and participated in Future Farmers of America. He earned the State Farmer Degree and Gold Showmanship awards. He graduated from Wishek High School in 1956.


Following graduation, he continued working on the family farm. He was united in marriage to Gladys Kemmet on October 27, 1963, in Wishek, ND. They made their home on the family farmstead where they farmed and ranched with Don’s parents until his parents retired. Don continued to farm and ranch, served on the school board, and St. Luke’s Lutheran Church board. They have two daughters and later divorced. Don sold the farm in 1977.

Continuing in the cattle industry, Donald purchased Napoleon Livestock Auction with his lifetime friend, George Bitz. After selling the Napoleon sales barn in 1987, he moved to Minot, ND and operated Northern Livestock Exchange until he sold the business in 2011. Donald lived in Minot until moving to Fargo in 2019 to be closer to family. He never officially retired and continued to buy and sell cattle for his clients up until December 16th.
Don was a lifetime member of the Lutheran Church wherever he lived. He most recently attended Horace Lutheran Church, Horace, ND.


Early in life, Don enjoyed hunting, trapping, restoring his father’s 1928 Model A Sports Coupe, and loved fishing in Canada and Devils Lake. Don was an avid sports fan and rooted for Duke’s basketball team, the TWINS, BISON, Vikings and the Colts. Without a doubt, his favorite pastime was playing cards with family and friends, enjoying pinochle and whist. Don appreciated and often mentioned the many friendships he made throughout his years in the livestock business. His favorite nickname was being called Grandpa Moo Moo by his granddaughters.

He is preceded in death by his parents, one brother, Peter Hauck, two sisters Adelia Vetsch and Helen Rath, all of Wishek, ND.

To order memorial trees or send flowers to the family in memory of Donald Hauck, please visit our flower store.