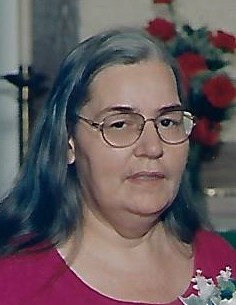 Diana was born September 19, 1950 at San Diego, CA, the daughter of Boston Martin and Harriett Lucille Rarrick. She moved to Burdett, NY when she was 4 where she lived with her grandparents Edwin and Harriett Emily Rarrick. She received her elementary education and later obtained her GED. She moved to Elmira, NY where she married Irving Kline in 1972 and together they had 3 children Kelli, David and Boston. In 1981 the family moved to Denver, CO where Boston was born. The family moved to Galesburg, ND in 1984 and then moved to Bradenton Beach, FL in 1986. In 1987 Diana moved her and the children back to ND with stops in Galesburg, Mayville, Valley City and Casper WY for a couple years eventually settling in Jamestown ND for the last 25 years. She entered Eventide in 2014 due to her MS. After her passing she donated her brain and other tissue to the Rocky Mountain MS research foundation.

She was loving, caring and protective of her family. She always placed her family's needs above her own, never wanting to bother anyone. She was a doting grandma with a heart full of love for each and every grandchild, none of whom could ever do any wrong in her eyes. She was always saying they're fine, let them be, no matter what they were doing. Her tough exterior and loving, caring, protective heart will be missed by many including her children but more than anything else her grandchildren.

She was preceded in death by her parents, a granddaughter, Brooklyn Jean Kline   2 brothers, Meredith and Michael and 1 sister Rheba.

To order memorial trees or send flowers to the family in memory of Diana Martin, please visit our flower store.