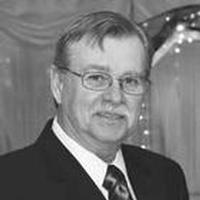 Delyle Diede was born June 19, 1947 at Jamestown, ND the son of Raymond Diede and Violet (Geohring) Diede. He received his elementary education at the Gackle Public school and graduated from Gackle High School in 1965 and attended Valley City State College.

He entered the United States Army and served in Vietnam for 2 years. He was honorably discharged.

He was a mechanic for Wilhelm Chevrolet in Gackle. In 1982 he went to work for Miller Honey Farms until retiring in 2007.

He and Lucille Dorr were married October 13, 2007 at Milnor, ND. They made their home in Milnor where he went to work at Fargo Assembly until 2014.

He was a member of the First Congregational Church, the American Legion Post #250 in Gackle. He also played in the Myron Sommerfeld Band for 6 years.

He was preceded in death by his father.

To order memorial trees or send flowers to the family in memory of Delyle C Diede, please visit our flower store.
Send a Sympathy Card