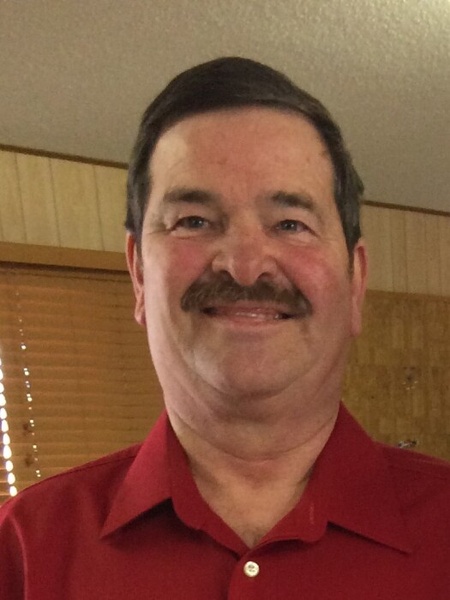 Dean was born October 25,1952 in Jamestown, the son of E.K. Remboldt and Irma (Johnson) Remboldt.  He attended at Gackle and graduated from the Gackle High School in 1970.   In September 1970 he went to Molar Barber College in Fargo graduating in June 1971.  He started his Apprenticeship at Kelvin’s Barbershop in Jamestown.  February 1972, he continued his Apprenticeship at the barbershop in Bowman N.D. Dean married Terry Krause in June 1972 and continued to live in Bowman until April 1973 at which time they moved back to Jamestown work at Plaza Barber Shop in the Park Plaza Mall (Tempo), and he finished his Apprenticeship and received his Master Barbers license.

Dean and Terry had their first and only child (Pete) on May 25th, 1974 and in December moved to Gackle to purchase the Fairway Grocery Store.  They owned the store for 3 years and decided that there was too much stress and their marriage was more important than the store, so they sold it.

He started a barbershop in LaMoure N.D. and barbered there for 4 years before moving back to Jamestown (1982) and working at the Plaza Barber Shop again.  In 1985 he purchased the shop and Terry went to Barber College in 1988 and barbered with Dean for the next 27 years.

In April 2015 Terry was diagnosed with Pancreatic Cancer and was given 2-5 months to live.  Terry passed away at home on Sunday August 9, 2015 with her family present. Their first date was January 17th, 1969.  They celebrated our 43rd Anniversary in June and 6 weeks later she was gone. Dean continued to run the Barbershop and sold it to a co-worker in August 2017.  He continued to reside in Jamestown.

Terry and Dean followed all of their son Pete’s, baseball, basketball, football and track events, including all of the Jimmies football games.  He and Terry spent many happy days on Lake Mary in Minnesota fishing and boating.

He was preceded in death by his wife, parents, and 1 sister, Lois Schaffer.

To order memorial trees or send flowers to the family in memory of Dean Remboldt, please visit our flower store.