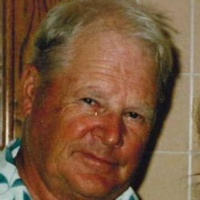 David was born March 5, 1943 at Jamestown, ND, the son of Ralph and Olga (Brandenberger) Flaig. He attended school at Millarton and Jud, later receiving his GED.

He returned to Alfred where he drove truck for Farmers Union Oil and Grain, Dwight Weist Trucking and Dave Vining Oil and later managed North Dakota Oil Company in Alfred.

He and Dawn Schmuhl were married December 11, 1987 at Gackle and made their home in Jamestown where he worked at the Stutsman County Road Dept. He retired in 2012 and continued to live in Jamestown.

He was a member of the First Nazarene Church in Jamestown and the Leno-Schlenker Post 295 American Legion in Alfred.

Alfred, ND
To order memorial trees or send flowers to the family in memory of David Flaig of Jamestown, North Dakota, please visit our flower store.
Send a Sympathy Card