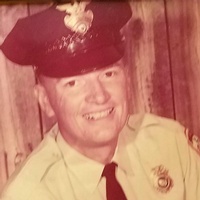 Darryl Bulzomi was born September 1, 1938 at Lorain, OH, the son of Michael A. Bulzomi and Marion C. (Bates) Bulzomi. He attended the local school where he received his elementary education and graduated from High School in 1956.

He attended Kent State University for a short time before entering the United State Army where he served in the Military Police. Following his discharge he returned to Kent State a while and earned his associate degree from Mesa Community College and was a senior at Arizona State University.

He and Helen Burrow where married August 17, 1960 at Tucson, AZ. They made their home in Tucson where he was employed as a Patrol Officer.

In 1996 they moved to North Dakota where he served numerous cities in the Law Enforcement field.

He was a member of the Church of Latter-day Saints, Jamestown, ND.

He was preceded in death by his parents and one sister.

Memorial Service will be at 2:00 PM Saturday September 23, 2017 in the Church of Jesus Christ Church of the Latter-day Saints in Jamestown, ND.