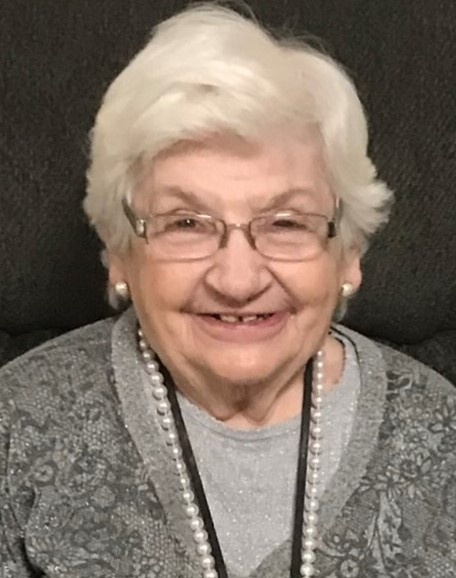 Clara Wolff was born on January 24, 1933 in Eureka, S.D., the daughter of Christ and Mary (Oster) Wolff. She was raised primarily on a farm outside of Eureka, where she went to a small farm elementary school, before graduating from Eureka High School in 1950. After graduation, she worked for Allis Chalmers in Aberdeen SD, and MDU in Eureka, SD.

She married Myron Ehley of Ashley, ND, on June 29, 1952. And, they originally made their home on the Ehley family farmstead NE of Ashley before moving into Ashley, and lived in Ashley through 2010. They were married for almost 58 years before Myron‘s passing on June 10, 2010.

Clara’s primary occupation was in the newspaper industry, working for the Ashley Tribune for nearly 40 years, where she worked for six different editors. Her duties at the Tribune included proofreading, writing the “Cookin’ with Clara“ column, which ran in the Tribune for several years. And, she also wrote several articles for the Tribune, and the Prairie magazine.

Clara was involved with various groups in the community, including Homemakers and Circle. She also served in various positions at Zion Lutheran Church including Church Council President.

Clara will always be remembered fondly for her faith, her unconditional love for her family, her smile, her kindness and happiness, and her unwavering upbeat attitude.

Clara was preceded in death, by her husband Myron, her parents Christ and Mary Wolff, her in-laws, Henry and Frieda Ehley, her sister Alma Fitzgerald, brothers Philip Wolff, Ruben Wolff, and Lawrence (Larry) Wolff. And, her brother-in-laws Warren Wessling and Howard Fitzgerald.

To order memorial trees or send flowers to the family in memory of Clara Ehley, please visit our flower store.
Send a Sympathy Card