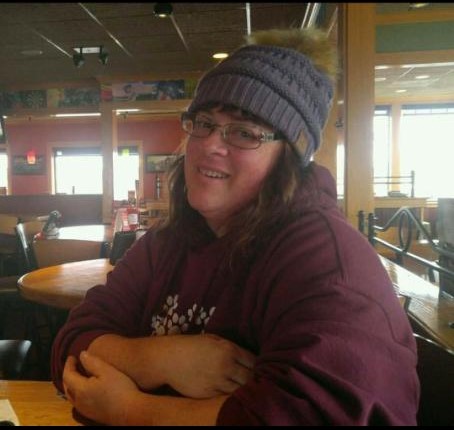 Carol was born April 24, 1964 in Lodi, CA. She was the daughter of Pete and Thelma (Job) Isaak. They lived in Concord, WA and then in 1972 moved to Jamestown, ND. She attended and graduated from Jamestown High School in 1982.

In June of 1982 Carol married Jay Mickelson. During this time Carol worked at Bonanza and was later employed at the Hugo’s Deli.

She and Thomas Randall were married May 27, 1995 in Jamestown.  In 2002 Carol became an employee of the James River Correctional Center(JRCC). In 2003 Carol became a Kitchen Correctional Officer, where she was happily employed for the last 17 ½ years.

Carol had a passion for camping and being outdoors. She became a campsite hostess and enjoyed every minute of it.  Carol enjoyed riding her Harley Davidson. She especially loved riding it through South Dakota.

Family was of utmost importance to Carol. She loved her husband, her children and her grandchildren with a love that could never be matched. Carol was a light for many people in a sometimes very dark world. May her light forever shine bright.

Carol was a member of St. John’s Lutheran Church.

Carol was preceded in death by her parents.

Carol had a zest for life. She had a laugh that could light up a room. Carol loved her family and making memories.  She enjoyed spending time outdoors in their camper. She became a campsite hostess and enjoyed every minute of it.  In a world where she had many reasons to not smile, she found so many more to smile.

To order memorial trees or send flowers to the family in memory of Carol Ann Randall, please visit our flower store.
Send a Sympathy Card