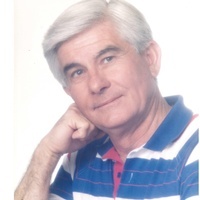 Stephen Ellis Vivian was born March 28, 1941 in Modesto, CA to Steve & Dorothy (Ustick) Vivian. Upon his high school graduation in 1959 his mother gave him $100 to learn to fly, which set the course for the rest of his life. He fell in love with flying, and throughout several career changes flying was always at the center of his life.

Upon returning home he met and married Judy Carpenter. He began his career as an Air Traffic Controller in January 1968. Their only child was born July 1968, Rebecca (Vivian) Nyberg.

He realized a long-standing dream when flying became his career in 1985, as a corporate pilot. He flew various large aircraft, and the Duke B-60 and King Air C90 were his favorites.

In 2007 he retired from career flying and moved in to flying for the Civil Air Patrol. He moved to ND to be near his daughter, son-in-law and five grandchildren. His passion was for towing the CAP glider and teaching kids to fly. He sometimes forgot that CAP’s C182 was not a Duke, as he pulled every bit of RPM out of that engine when he “poured the coals to it”. He was a fantastic pilot.

He was diagnosed with stage 4 bone cancer in September 2017 and, defying the odds as usual, lived 17 happy, productive months. In October of 2017 he submitted his life to Christ and became born again in newness of life. He was so happy to be a Christian, and his family rejoiced. He loved to have the Bible read to him and he always wanted his “history lesson”, so Rebecca read and explained to him several hours every Sunday. He took to calling her his angel.