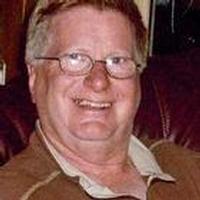 Bruce Oster went home to be with his Lord and Savior, Jesus Christ on July 6, 2015, following a courageous battle with brain cancer.

Bruce was born May 16, 1954 at Jamestown, ND, the son of James Oster and Marion (Clemens) Oster, he spent most of his adult life in Jamestown, ND. He graduated from Jamestown High school in 1973. Following his graduation, he went to work as an apprentice electrician for Traiser Electric. After four years he attained his journeyman's license and then his masters.

In 1977 he met his wife of 37 years, Betty Jo Stroh and they were married in June of 1978. They had two sons, Jason and Nathan and also served as foster parents to nephew, Roger Stroh for six years. In 1979-80 they started their own electrical business, Oster Electric, which served the Jamestown and surrounding areas for approximately20 years where he had many local customers. He and his wife also purchased several rental properties.

Bruce attended the Nazarene Church in Jamestown where he and his wife became members shortly after they were married. They worked for approximately 17 years with the youth programs of the church which they thoroughly enjoyed. He was also a former member of the church board and building committee during the construction phase of the new sanctuary.

After selling his rental properties and retiring from the electrical business, he and his wife moved to Prescott, AZ where they spent winters while spending summers in Grand Forks, ND. Bruce enjoyed spending time with his family on family trips and outings, especially hunting and fishing with his sons in AK. They traveled and took many family vacations together. He and Betty Jo loved riding their motorcycles, hiking, kayaking and the days of camping together with friends from their Jamestown Church. Family was always his number one priority and he dearly loved his three precious grandchildren. He was a devoted husband and father, always teaching his boys about life, and how to be men of faith, honesty and integrity. He also showed them how to have a strong work ethic as they worked with him on various jobs while growing up. He will be remembered for his love for the Lord, his willingness to always help others and his sense of humor.

Bruce was preceded in death by his father, James, and his two brothers, Stan and Gail.

Funeral Service - 11:00 AM Monday July 13, 2015 in the Church of the Nazarene Church in Jamestown, ND with Greg Allen officiating

In lieu of flowers, please make donations to the Hospice of the Pines in Dewey, AZ or Barrows Neurological Institute in Phoenix, AZ

To order memorial trees or send flowers to the family in memory of Bruce D. Oster, please visit our flower store.
Send a Sympathy Card